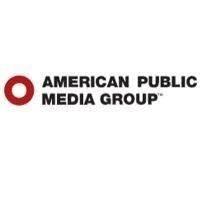 Marketplace is a non-profit news organization on a mission to raise the economic intelligence of the country. As one of the most dynamic multimedia brands in the country, Marketplace is known for its accessible approach to business and economic news on multiple platforms. For more than thirty years, we've helped people become smarter about the economic forces that touch their daily lives through the unorthodox story, the casual conversation and the unexpected angle on the news. Produced and distributed by American Public Media, Marketplace is the most widely consumed business and economic news program in the country. With more than 14 million weekly listeners on more than 800 local public radio stations nationwide and millions more across our digital platforms, we've changed the way people think about the economy. And while we are very serious about covering business and the economy, we don't take ourselves too seriously. For more on our programs, go to marketplace.org.