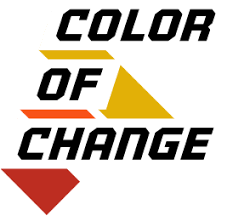 Color Of Change is the nation’s largest online racial justice organization. We develop strategies to put an end to policies and practices holding Black people back while championing the solutions that move all people forward. As a national force driven by over one million members, we move decision-makers in corporations and government to create a more humane and less hostile world for Black people in America. In 2005, Color Of Change was founded in response to the realization that during the Hurricane Katrina crisis, no one was afraid to disappoint Black people. There were no consequences for Black people being left stranded on their roofs to die, nor was there sufficient infrastructure among Black communities to aggregate our power and demand them for those that perpetuated or refused to acknowledge the tragic injustice. Color Of Change impacts lives by introducing accountability into the systems of decision-making. We leverage emerging technologies and our media savvy and sharp focus to build the power it takes to move decision-makers in corporations, media and government to drive meaningful change for Black people in service of ending injustice for all oppressed groups.

Email me jobs from ColorOfChange