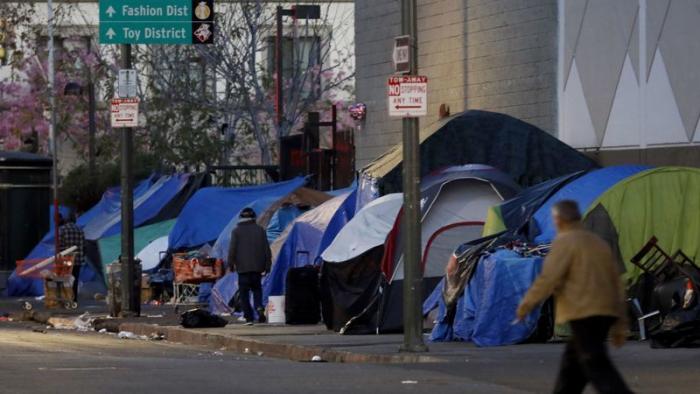 The homeless crisis in Los Angeles is a well-known and seemingly intractable civic problem. Not a day goes by without some new story about the crisis popping up in the local media. The Mayor's ineffectiveness in this domain has recently led to a drive to have him removed from his job through a recall.

Figures released last week showed that homelessness has risen by 16% in the city itself and 12% in L.A. county. The Los Angeles Homeless Services Authority estimates that at the start of the year, 58,936 county residents were experiencing homelessness—up from 52,765 in 2018. The real number may have risen as high as 100,000 in January, according to LAHSA Director, Peter Lynn.

The situation is so bad on Skid Row that A 2017 report from the Los Angeles Central Providers Collaborative, found that the neighborhood would need an additional 80 public toilets to give homeless residents the same bathroom access required in United Nations refugee camps. Shocking.

Now, over a year after a major boost in taxation and increased funding, the city will spend $2.7 million on homeless services on skid row. This is a desperately needed boost reports Curbed; the funds have been available for some time, but bureaucratic processes have slowed down the new spending, angering activists and non-profit leaders in the area.

One of the projects the council agreed to fund last Friday is the expansion and relocation of the ReFresh Spot, a 24-hour facility where residents can use the bathroom, shower, and do laundry.

The Weingart Center aims to build a 19-story affordable housing tower in the skid row neighborhood. The building, named the San Pedro Tower will include 298 affordable units and five manager apartments, with about 17,000 square feet of office space and around 3,000 square feet of retail. Unfortunately, the facility is not expected to open until 2023, demonstrating how hard it is to get quick results, even with increased funding.

If you’re passionate about a career tackling homelessness, now is a good time to get involved. Check the DeepSweep job board for homelessness agency jobs, and set up alerts to receive notifications of new jobs as they are posted.