7 Interview Mistakes That Could Cost You A Nonprofit Job 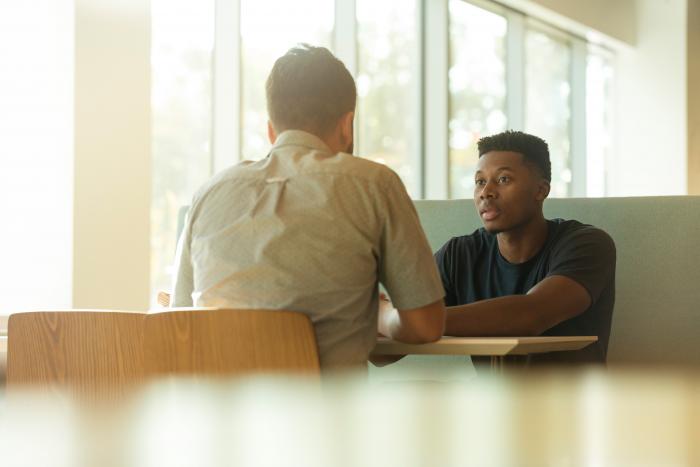 Interviews can be tricky, and everyone is bound to make mistakes but you should always prepare. Here are 7 common mistakes you can avoid.

"There are several reasons a candidate isn't selected for a job, and what happens during the interview can definitely make or break their chances," Debora Roland, vice president of human resources at HR technology company CareerArc, tells Mic. But no pressure, right?

1. Having a resume and interview that don't match up

During the interview, the recruiter might ask you a question they already know the answer to in order to see what you'll say, such as, "What were your responsibilities at your last job?" or "When did you leave?" If your response doesn’t align with the information provided in your resume, cover letter, or LinkedIn profile, it might raise red flags, as it implies that you’re hiding something or being dishonest about your work experience or timeline.

2. Not notifying them that you’ll be late

If you're actually running late, though, don't roll in unannounced. Give the interviewer a heads up on your estimated time of arrival, as it'll not only show that you respect their schedule, but it'll allow them to move appointments around instead of wasting time waiting for you.

“I don’t believe that traffic or a bad luck commute should disqualify a good candidate, but it makes a big difference to reach out to a recruiter right when you realize there will be a delay to let them know,” Jamie Kezner, senior manager of student programs recruiting at Amazon, tells Mic. “Avoid disrupting the schedules of those interviewing you and it will be appreciated.” It's simple communication.

A job interview is a two-way street; you’re getting a feel for the company as much as they're getting a feel for you. That means not just asking the interviewer some questions, but making sure that what you ask is smart, thorough, and telling of your interest in the position. Basic inquiries about things you could have learned from the company's site will make it seem like you haven’t done any research or aren't passionate about the job.

Instead, ask thoughtful questions tailored to the specific position and nonprofit. Perhaps, "What are the biggest challenges the company is currently facing" or "how many recurring donors do you currently have".

We get it, if you get nervous sometimes you might jig your leg or tap your fingers on the table, but avoid this as it can put off the interviewer. Practice with somebody else at home or through a friend, if it's awkward, it is better to be awkward then.

If you suffer severe anxiety then try get help from a therapist to control nervous tics, or try mindfulness before being interviewed.

A no brainer right? You would probably be surprised. If you don't look like you want to be in the interview, the interviewer will quickly pick up on this. Don't look around the room, look at your watch and DO NOT check your phone at any point. Seventy-seven percent of executives in hiring roles said any candidate caught doing this would be immediately disqualified.

We're not saying bring flowers and chocolate, just bring your resume and cover letter. It doesn't matter if you've emailed your resume, cover letter, or recommendation letters over in advance — always take print copies with you to the interview, as the person might want to review your information while you talk.

It may have been weeks since they checked your resume, or have two people with similar names, make sure they know exactly which resume you are attached to. Don't let yourself down with something so simple.

Nonprofits are most certainly not perfect, you aren't either. No one likes the “What’s your biggest weakness?” question in a job interview, but it's asked for a reason. Hiring managers want candidates who can talk comfortably about their shortcomings.

While it may feel counterintuitive to relay your flaws to your prospective employer, it demonstrates self-awareness and humility, crucial attributes in any field. So instead of saying you're a “workaholic” or “too meticulous”, which are basically a cheesy way to disguise strengths, describe actual issues you face (having trouble with punctuality, accepting criticism). Then tell the interviewer how you're working to improve them (setting stricter deadlines, developing a thicker skin as your experience grows).

So, whilst this is only brief, these are 7 key thing not to do during an interview. Go out there, be yourself, show why are inspired by a nonprofit's mission and get the job you deserve!